Soraya "Juliet" Een Hajji is a member of the House of Knives's branch on Jump Station Heimdall. She is most likely not related to the Malikov family; rather, she is a close associate of theirs.

Soraya seems to be lighthearted but intimidating, cracking a few jokes while filming the lanima injection tutorial but sticking to their original goal when things get tense between Nik and Mikhail Malikov, and jokingly showing off after she successfully helps the Mao dock at Heimdall. She also seems to be at least a bit friendly; when Nik starts to feel sick she lets him wear the camera to film instead of holding Lucy the cow still.

Een Hajji is described as a tall brunette, looking "hard as reinforced titanium". She is also mentioned to have a many tattoos; the sleeve of knives that means full membership of the House of Knives at least, as she is a close associate with Mikhail Malikov.

Een Hajji is first mentioned as she works with the Malikovs on the Heimdall, while they are filming a tutorial on how to raise lanima to produce dust. She also appears when they are smuggling BeiTech auditors from the Mao, working with the technology and coordinating with them to deliver the biotainer. The auditors kill her and the other present House of Knives members (including Mikhail Malikov, Giovanni Genovesi, and Ivan Federov) before starting their takeover of the jump station. 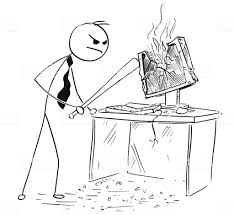